Introduction: three pass steam boiler: Three-pass structure of industrial boiler has advantages in design and manufacture. After the fuel is atomized by the burner, the torch formed is filled in the full-wave furnace liner, and the radiant heat is transmitted through the wall of the furnace liner, which is the first pass. The high-temperature flue gas generated by combustion gathers in the combustion chamber and turns into the threaded flue pipe, which is the second return journey. Finally, the flue gas is diverted from the front smoke box into the third return light pipe bundle area. In the whole process, the fuel burns fully, and the thermal efficiency of the boiler can be as high as over 98% with the help of the economizer and condenser at the tail of the flue.

Get A Free Design Boiler Solution

Professional Service Team Will Help You

On the basis of the second return, a tube bundle area is added to the third return of the gas boiler, and then it leaves the main body after a round of heat exchange. Here are some specific differences between three-return and two-return gas boilers.

To sum up, there is little difference in performance between the three-return and two-return gas boilers. As long as they can meet the requirements of enterprise efficiency and smoke exhaust, both of them can be used. The three-return and two-return gas boilers produced by ZOZEN Boiler in Wuxi are widely used in various industries, with thermal efficiency over 98% and environmental protection performance in line with national standards. If you have any needs, please contact the human customer service online. 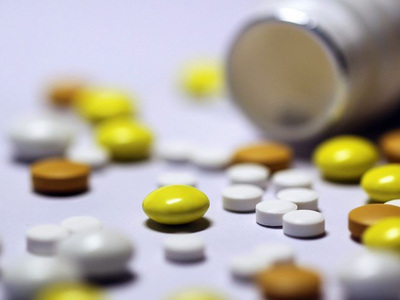 Related Solutions
Boiler for the pharmaceutical industry
Commonly used preparations in the pharmaceutical industry include tablets, pills, powders, injections, tinctures, solutions, extracts, ointments, etc. The main processes include disinfection, rough washing, fine washing, drying, cooling, preparation, granulation, tableting and coating etc. The process requires high-temperature sterilization to raw materials, equipment by a large amount of industrial pure steam, and heat is supplied for drying, cooling and tableting granulation processes. According to the experience from working with many pharmaceutical preparation manufacturers, Pharmaceutical plants has different using of boilers, and the running time varies. Some equipment operates 24 hours per day, 365 days per year. Some devices need to run at regular intervals. The requirements for the steam system are very high. ZOZEN can customize the complete boiler system for the manufacturing industry to meet the different needs of users.
View details >>
More solutions Chat online Inquiry

Want to get more information on our products?

DO YOU HAVE QUESTIONS? WE ARE HERE TO HELP YOU!